Sugomi. “The Japanese word describes the intense aura or energy given off by a person or object of greatness and felt by the viewer.” These are Kawasaki’s words on its own design language, which is, by far, the most notable change on the new Z650.

With its sharper new design, Kawasaki has stripped away the gentle curves of the older model and given it a new colour scheme to make it a much more purposeful and evocative design. 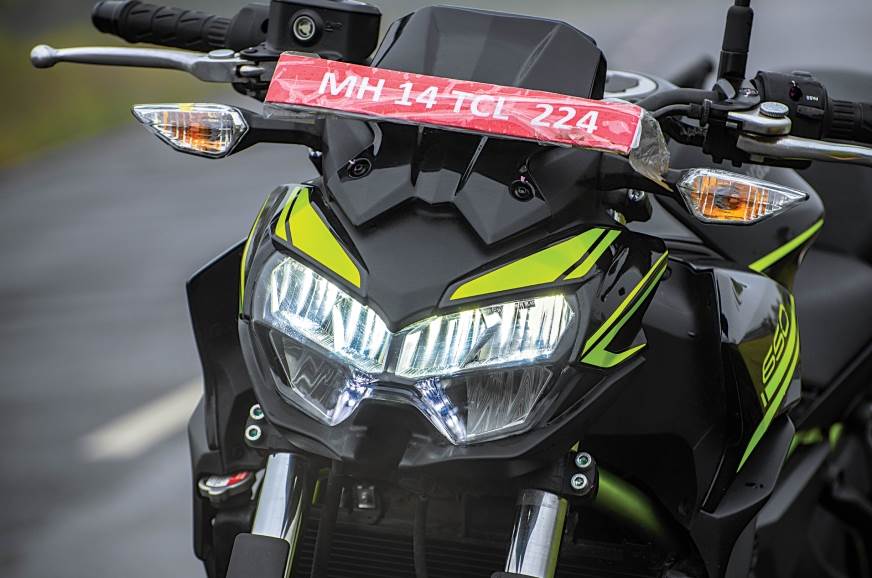 There is some functionality in this new form, too. It gets a new LED headlight (again, oozing Sugomi) that not only looks great, but also illuminates quite well. Then there’s the addition of a TFT instrument cluster, which, though compact, is one of the most crisp ones we’ve seen at this price point, albeit, from the rider’s point of view; it looks quite pixelated up close. The unit can also be connected to the Rideology app, but with the Z650, it misses out on navigation or basic phone notifications and only displays ride statistics. 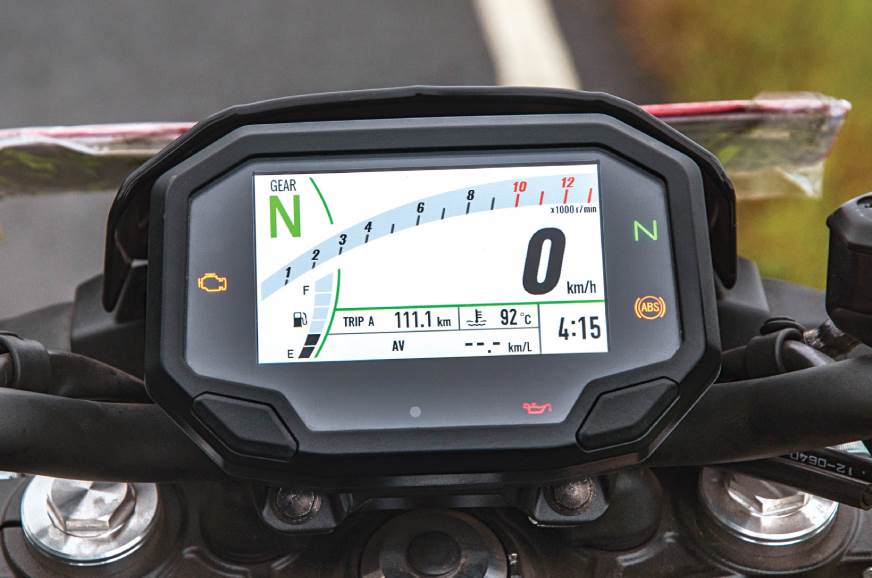 TFT cluster is compact and crisp.

Once you get past the cosmetic changes, you’ll find that the Z650 is largely the same as before. At its centre is a familiar 649cc, liquid-cooled parallel-twin engine that makes the same peak power as before, but 1.7Nm of less torque, not that you will notice. And not that you will complain either, because the Z650 is properly quick. Push all the way through the 6-speed gearbox and you will blast past 100kph in sportscar timing, while on your way to some serious triple-digit speeds.

Complimenting that performance is a more guttural exhaust note. At lower revs, it’s loud and bassy, but this is an engine that likes to rev, so soon enough, the bike emits a raspy, throaty note that adds some much needed aggression to the experience.

What’s really enjoyable about the performance is that it isn’t there to bite you. Tractable gearing and healthy ounces of bottom-end torque also allow you to carry a gear higher and so you can potter around the city without a hassle.

Where the Z650 really thrives, though, is in the twisties. An impressive mid-range makes it superb fun for darting from corner to corner. It could have been even better with nicer tyres, and while the new Dunlop Sportmax Roadsport 2 tyres proved okay in the dry, they do get squirmy in the wet. 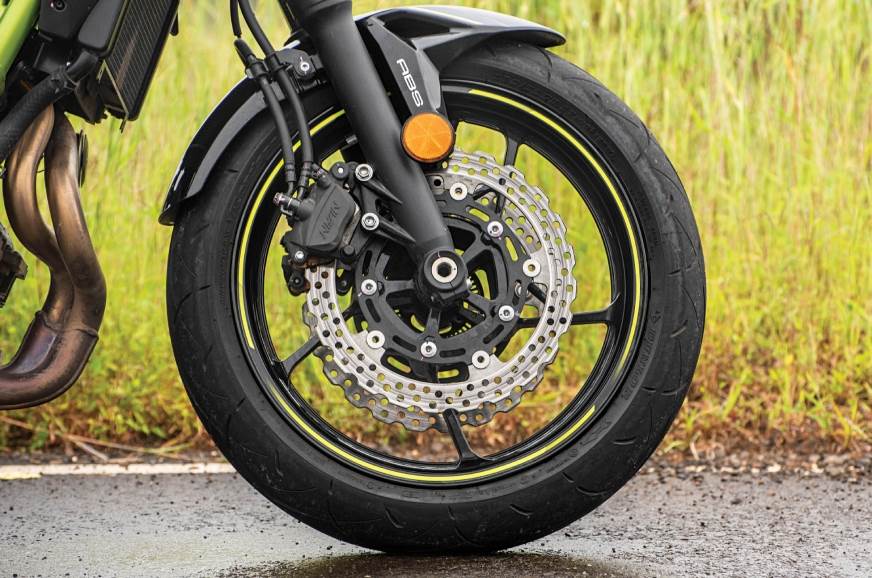 ABS kicks in prematurely and hard.

Now, while the roads leading up the ghats are where the Z, and you, will have the most fun, it certainly doesn’t feel out of place in the city. Comfortable ergonomics – you’re sat upright on a low 790mm seat – and a flat, decently wide handlebar mean this little green monster is at home even in the urban jungle. Having said that, the handlebar is very close to you and so it gets rather cramped, should you tuck down. The seat is soft, too, and you won’t have any complaints over short distances; some more support would’ve been ideal over longer distances. The new Z650 also features a wider and thicker pillion seat.

There are a couple of other aspects that could be improved as well. First, the ABS sometimes intervenes rather prematurely and quite aggressively. Secondly, there’s 130mm ground clearance and the Z650 bottoms out over most sharply angled speed breakers, even without a pillion.

At just under Rs 6 lakh, the Z650 is the only proper Japanese middle-weight street-naked in our country. In fact, at the moment, it’s the manufacturer’s most affordable product in India as well.

Given our riding conditions, I think this is one of the easiest first big bikes to step up to. It looks good, there’s enough performance for you to exploit and it’s easy to live with – a good first taste of the world of performance motorcycling. 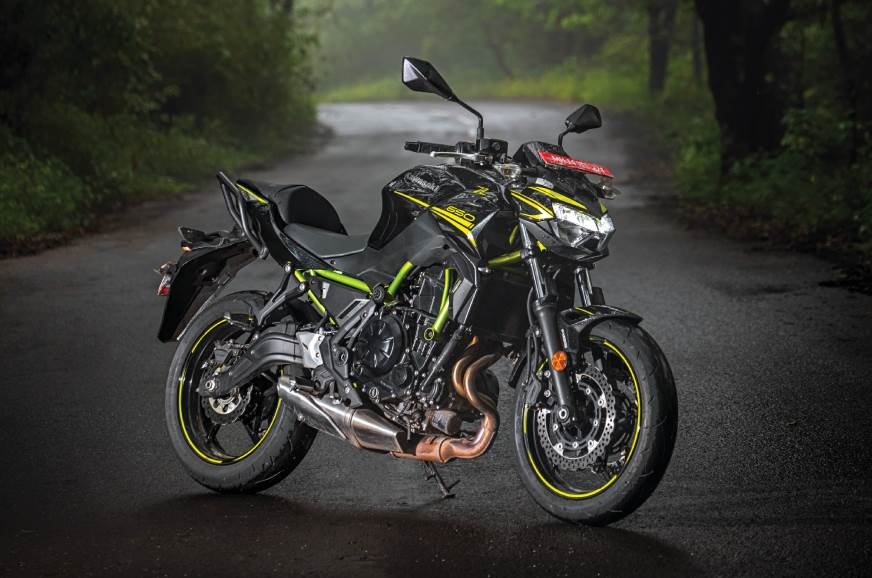 2021 Ducati XDiavel to launch in India this month

[email protected] - August 6, 2021 0
Ducati is all set to launch the 2021 XDiavel in India. The company made the announcement on its social media platforms. Powered by a...

20 million children miss out on lifesaving measles, diphtheria and tetanus...

How I learned to love Outer Wilds’ time loop