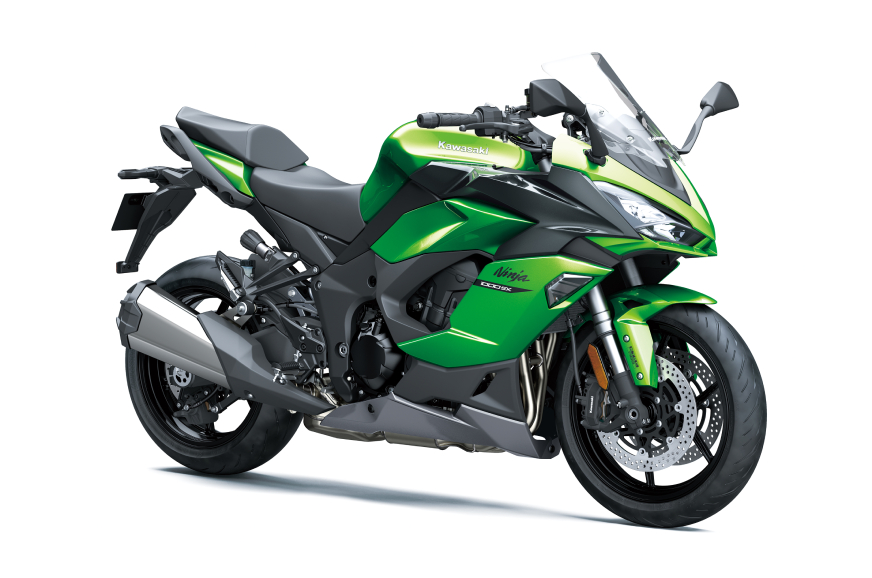 For 2020, the updates on the Ninja 1000SX are subtle, yet substantial. Visually, the first change you’re likely to notice is the reworked exhaust system. The previous generation model sported twin-exit end cans on either side, which have now been replaced by a single-exit unit on the right-hand side.

Kawasaki has also tweaked the ergonomics on the new Ninja 1000SX with revisions to both the rider and passenger seats. The pillion seat is thicker and flicks up at the rear to stop passengers from sliding back. Meanwhile, the rider’s seat has been reshaped and is thicker, too. With respect to the bodywork, the side panels and belly pan have been redesigned, but a more significant change comes in the form of a new windscreen. This new unit offers more vertical adjustability with four positions, compared to the three offered on the earlier model.

Underneath the updated bodywork, the engine has undergone updates beyond just making it BS6-compliant. While displacement remains the same, at 1,043cc, the inline-four engine now features electronic throttle valves. This enables the ECU to accurately control the air-fuel ratio through the injectors. Additionally, there are new cam profiles to reduce tappet noise, and the intakes are redesigned to suit the new exhaust, with shorter funnels for cylinders 1 and 4. Another major feature is a new secondary balancer on the engine crankshaft to reduce vibrations. Despite all the changes, the engine’s peak power and torque figures remain largely the same. Peak power is identical to the older model – 142hp at 10,000rpm – while peak torque value is the same 111Nm, though it now arrives slightly later in the rev band, at 8,000rpm.

A new suite of riding aids includes four switchable riding modes – Sport, Rain, Road, and a programmable Rider mode. Each alters the power output (2 levels), as well as traction control (3 levels). Additionally, for 2020, the Ninja 1000SX finally gets cruise control and a quickshifter. All of the above can be toggled and adjusted via a new 4.3-inch TFT instrument cluster that offers smartphone connectivity.

Kawasaki has begun accepting bookings for the new Ninja 1000SX at dealerships across the country and on its website.