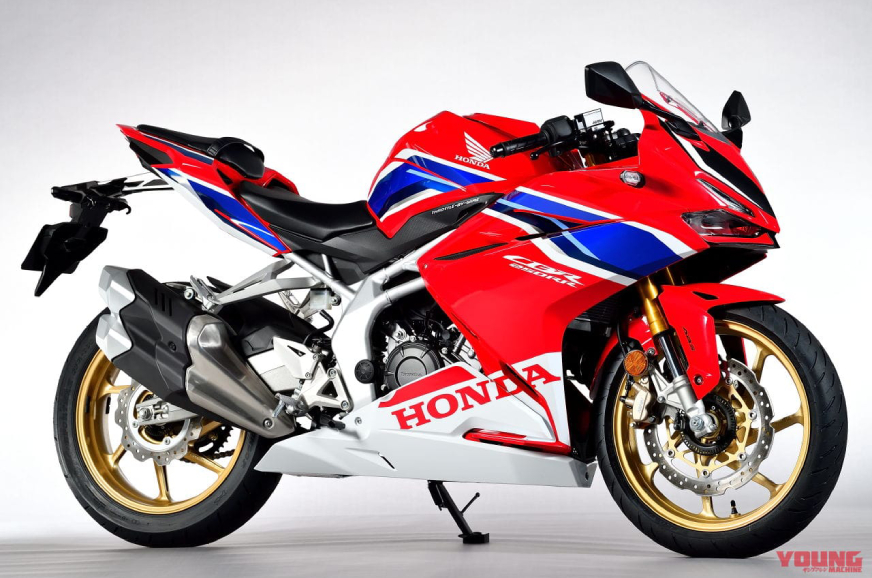 Honda has updated its high-performance quarter-litre sportbike, the CBR250RR, for 2020. The bikemaker revealed the bike on its Honda Virtual Motorcycle Show, an online event that also saw the unveiling of the CB-F concept earlier today.

For 2020, the CBR250RR gets styling inspired by the recently launched CBR1000RR-R with the red, blue and white graphic scheme – just like the manufacturer’s HRC WorldSBK bike – with a gold-coloured fork and brake discs.

But what’s really got the automotive world talking is the increase in power. The engine can be tweaked to produce 3hp more, taking peak power to 40hp at 12,5000rpm. Honda’s pocket-rocket is now that much more equipped to take on the likes of Kawasaki’s latest addition to the segment, the ZX-25R. Kawasaki hasn’t revealed peak output figures of the ZX-25R, but we do know that it will have a 17,000rpm redline, and rumours suggest that it will produce upwards of 45hp.

The new CBR250RR has also been equipped with a slipper clutch with a bi-directional quickshifter available as an optional extra. The bike will also feature three riding modes – Comfort, Sports and Sport+.

Just like the previous iteration of the CBR250RR, the bike will be sold only in select Asian markets. Unfortunately, India doesn’t feature on the list. The 2020 CBR250RR is expected to launch in those markets later this year, and will likely cost more than the 730,000 yen (Rs 5.05 lakh) price tag that the 2019 iteration carries.